After the initial hype of the 6.5mm Creedmoor cartridge, it seems to have kept growing commercially in popularity, with 6.5 Creedmoor chambered factory rifles available from most of the large manufacturers and loaded ammo in this caliber readily available on most shelves in the US.

This against a lot of critique among seasoned shooters and so-called experts calling it a fad and claiming it not as good as older more proven cartridges. On the other end of the spectrum, early adopters quickly kept on with the new and greater cartridge design every year moving to 6mm Creedmoor, 6XC, 6mm GT, 6.5 PRC and so on. Not even mentioning the 6mm Dasher and all the BR variations of it.

Without a doubt by now almost all shooters have heard of the 6.5mm Creedmoor cartridge, and it is by far the most popular new cartridge for the past decade. Love it or hate it, it is here to stay and for good reason. Especially when compared to the previous favorite all-rounder that it is aimed at competing with and replacing, the 308 Winchester.

6.5 Creedmoor vs 308 Win which it is most often compared to and claimed to replace. Don’t think it is better than the .308 Win? Well, let us look at what matters when shooting, no matter whether you are a sniper in the war, a hunter shooting a buck or even a sport shooter taking part in a racegun or other precision rifle match, what counts is hit percentage. Well, the USASOC (U.S. Army Special Operations Command) tested them and found that the 6.5mm Creedmoor doubled the hit probability of a sniper at 1 000 meter, increased the effective range by a third, increased energy on target by 50% and reduced the effect of the by 40% all with at least a 30% reduction in felt recoil compared to the .308 Win. That is pretty much as conclusive a win in shooting as you can get, and all from a round that loads in the same size actions and chambers just as easily and reliably, even in a semi-automatic weapon.

Now with USSOCOM also changing over to the 6.5mm Creedmoor, ammo availability will become just as commonplace as the .308 Winchester, if not already for match and prevision loads.

Gaymoor or creedmore, call it what you want, but the 6.5mm Creedmoor rifles are here to stay and will keep doing well in competitions and hunting. Let us now take a look at our 6.5 Creedmoor review and why we like it.

Being slow, or rather relatively slow compared to the faster wildcats, varmint cartridges or the faster race gun 6mm cartridges, helps the shooter to see bullet trace, as bullet trace and a glint of even the bullet itself become more visible the lower the velocity and the larger the diameter of the bullet.

Being relatively slow, and not trying to come close to max pressures as you do not need to push the bullet fast, or push a bigger than normal for cartridge bullet, this also helps provide lower felt recoil for the shooter for the high-BC, relatively big bullets. The perfect compromise between bullet size and speed.

One of the biggest factors determining consistent top performances of racegun shooters, is being able to not only spot your hits, but spot your misses too. With stages usually consisting of 8 to 10 shots, the first shot is crucial to verify your wind call and dope. If you miss slightly of the right in a left to right cross wind, you know to hold or dial further left for the next and subsequent shots. This can be the difference between a 7 impact stage or a 0 impact stage. The larger bullet obviously makes seeing bullet trace easier.

The problem with the smaller .224 and 6mm cartridges, is that hits are hard to spot at longer ranges on the plates, but misses even more so, so the 6.5mm caliber is better for spotting hits and misses without being too big to cause more felt recoil or for the recoil to push your rifle aim off-target for a follow-up shot.

For racegun and precision rifle competitive shooters, it is the perfect do-it-all cartridge, because it large enough to make the 381 000 power factor minimum required for NRL hunter, without being too big or too much recoil to still use in racegun matches like PRS.

The 6.5mm are big enough bullets to take CXP2 and smaller CXP3 sized game so good for hunting too.

With a superb choice of bullets to choose with excellent ballistic coefficients, the 6.5mm is the perfect size to get great BC bullets without needing to be too heavy. This 6.5 Creedmoor ballistics helps with beating the wind at the slower muzzle velocities needed to spot bullet trace, keep recoil low and preserve barrel life. If you want faster, then there are also a great selection of lighter bullets still offering excellent ballistic coefficients to help with wind drift and drop like the Berger 130gr 6.5mm OTM Hybrid, the Lapua 123gr Scenar and the Hornady 130gr ELD-Match bullets.

Barrel life depends on many factors, but as we all know, muzzle velocity and how hot the loads are have a big impact on the barrel life. The newer much hotter wildcat loads in .224 and 6mm calibers tend to burn out barrels quite fast, so compared to those popular precision rifle calibers, the 6.5mm Creedmoor shooting high-BC bullets at normal / medium muzzle velocities, will give you almost double the barrel life of those fast 6mm cartridges under the same competition circumstances.

Most people in the shooting industry, whether business or just sport side of it, have know of the times in the recent few years that we have gone through stages of ammo and cartridge component shortages. Whether it is primers, powder, brass or bullets, there often comes times when the demand exceeds the supply of many manufacturers and a shortage occurs, not often the case with 6.5 Creedmoor brass anymore.

In times like these, and with normal hunting supply buying, it is good to shoot and buy for a caliber that is popular. Thanks the extreme surge in popularity of the 6.5mm Creedmoor the past 10 years and that it has been and still is the new fad on the block, means that demand has stayed high, so most manufacturers have by now ramped up supply to meet the demand. Ask many racegun competitors, when they were struggling to get hold of 6mm bullets and brass, the 6.5mm guys usually found what they wanted after just shopping around a bit. Like Hornady 6.5 Creedmoor brass which is the most sold current brass in the US.

Basically being the .243 Win / .270 Win / .308 Win of the modern era means that 6.5mm Creedmoor loaded ammunition will be available in most hunting and guns shops in most small towns across the US, so hunters shooting this round will not struggle to get ammo for it.

Easy to shoot and run the bolt with, as they do not get stuck in magazines and have feeding issues like many of the shorter and more angled shoulder cartridges like the 6mm Dasher and BR family and the 6.5 short magnum cartridges. The MDT magazine 6.5 Creedmoor feeds in PRS and other racegun competitions by most competitors without any issues at all. This is evident if you ever visit a PRS match and see all the 6.5 Creedmoor magazine bands on the shooters’ magazines.

Our favorite FFP rifle scope for 6.5 Creedmoor is any scope with the Tremor 3 reticle, as at around 2750fps the wind dots on the reticle represent 5mph winds, so this helps you to easily and quickly adjust wind-hold whilst shooting a PRS stage without having to remove you eye from the reticle and just by watching the mirage through the scope. This makes it an easy cartridge to work reticles and holdovers on.

If you go 6.5 Creedmoor bear hunting, with a fast match bullet like a 120gr Hornady ELD-Match at a muzzle velocity of around 3000fps, then you will get to know hydrostatic shock and how quickly it drops animals. If you shoot bears at shorter distances or up close in the forest, then a conventional lead-core soft point 6.5mm bullet will serve you better.

We have spoken to a few professional hunters and gunstore owners, that have said that the 6.5 Creedmoor has basically replaced both the 308 Winchester and the 270 Winchester as the usual hunting rounds with ammo sales figures confirming that claim.

Can you hunt moose with a 6.5 Creedmoor?

Yes indeed! It all depends on bullet selection and shot placement, but there has been many moose dropped, and often at long range with good expanding consistent bullets like the 130gr Berger OTM Hybrid and the 130gr Hornady ELD-Match bullets. These excel really well past 400 yard with high shoulder shot placements as explained in these videos below: 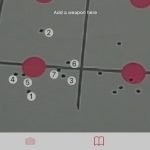 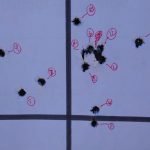 The ladder test method for development of a load for your rifle is proven by reloaders and expert shooters accross the world to work. Here’s how. 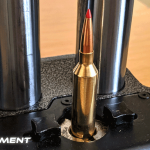 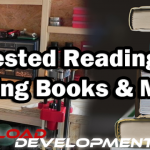 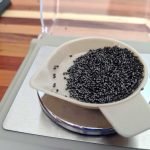 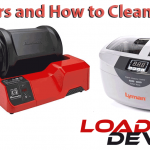